I think we have just about recovered after mounds of washing and unpacking!

The week started with the BSHA Hunter Championships. Penny Clarke’s Novice LWT Hunter, Caledonia kicked off the day. He gave Penny a great ride and seems to really enjoy his appearances in the show ring. He has also started his side saddle career now too and competed in the Ladies Show Horse Final to win his class and have the opportunity to dress up for the evening performance. Well done Blue and Penny!

Next up was Ameli Bevan’s Small Hunter, Sydney III. He too enjoyed his spin in the indoor end won a huge Small Hunter Class! He then had a change of clothing and made a show stopping appearance in the Classical Ladies Class, huge well done to Amelia for winning this class as this is all judged on the rider and turnout!

From here we started the HOYS qualifiers with Amanda Gallagher’s, Maximus Meridius in the LWT’s and Mr and Mrs Burleys MWT, It’s The Kings Speech. No pressure in these classes as both had already qualified so a great run out for them both and of course a good opportunity to get their party clothes out for the evening performance.

Friday saw the beginning of the National Championships so the turn of the Cobs and Riding Horses. First up was Mr L Turleys, Chantilly Sandman! What a super day he had, started by winning the Classic Supreme LWT Cob and then standing Cob Champion and going on to be joint Supreme with Ollie Hood and Diamonds Are Forever, what a ride off that was! Super well done Team Hood and well deserved.

Next up was Nina and Neil’s HWT Cob, Tristar he too put his best foot forward and had his chance to shine in the evening performance. He stood 3rd in another huge Classic Supreme HWT Cob.

Mr and Mrs Burleys Novice LWT Cob, Shanbally Oliver just gets better and better. For such a young Cob he has an old head on his shoulders! He was 3rd in the Novice LWT Cob Class after qualifying for Hoys at Moreton!

Nina Armstrong-Finlay’s, Miramax AKA Champion The Wonder Cob! Had a great show too he just loves strutting his stuff under those lights! He really is Mr Reliable and Nina enjoyed her child free horsey holiday.

Mrs S Moss’ Tiger Oats as usual performed beautifully in his classes too. He really is the Rolls Royce of Riding Horses.

Finally Hayley Gill also competed her own Cobby Dazzler to have some great results accross the board. Well done Hayley and Barney.

As you can imagine it was a very busy show for us with 12 horses competing over the few days, lots of unpacking and repacking to do before HOYS.

Well done to everyone else competing too and great to see you all.

As always a huge thank you to our team at the show and at home too!

As ever a massive thank you to all of our sponsors too. 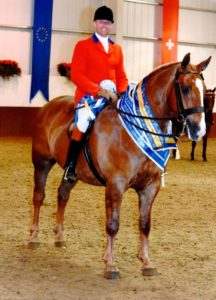